Formed by Jimmy The Sound & Delfromad. This two deejays with a friendship of more than 20 years, decided in 2005, after organizing some parties together, to fuse and create “2 Brothers of Hardstyle” with “I Love this record” as first production. They declare that important deejays as Zenith, The Prophet or Pavo, were the models that they follow and admire since they started. Their understanding has made them to be a perfect team capable to made exceptional remixes and productions, what has contributed to recognize them as one of the best’s Italian Hardstyle artists.

‘2 Brothers’ has an extensive trajectory with productions like “Cozmic Kick”, “Techno Bastard” or “The Beat Collector”, but the track that really pushed them to fame was “The Hymn”. Their reputation was established thanks to playing at clubs in Italy, Switzerland and especially in Madrid, Spain. They began to perform well live DJ sets in Europe like Groove (E), Hard headz (RU), Frison (Ch), Resistance Festival (Ch), Hardemotion (DE) or Hardiamond (IT). However, the festivals that really impressed them were «Resistance Festival outdoor» in Bern, the «Hardclassics on the Beach » in Bloomendal (NL) and the «Global Mission» in Madrid.

Their style characterizes for experimenting on new sounds without forgetting the classical Italian kicks. These days, the longest Italian duo in the history of Hardstyle, uses in their performs, by default, the CD’S. They are working to expanse the genre, as is expected to grow up worldwide, without leaving the past of Hardstyle. So stay tuned! 2 Brothers of Hardstyle RULEZ! 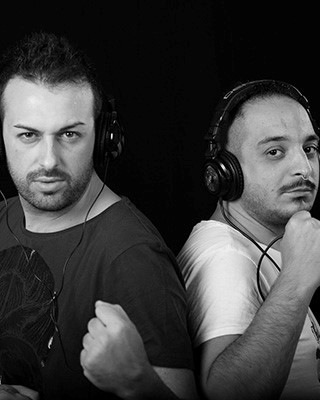