Francesco was born in 1981 in the Italian Town of Turin,
In 1999 he started working as freelance Dj in Italy.
At the beginning of 2004, he made the decision, which led him to the turning point: spending all of his time and energies on what he loves most;
producing his own music.
He began to release his own tracks on vinyl’s & CD’s, some of them, of course, under some Alias, due to the different music styles and Labels.
In 2007 he began cooperating with EDINET Publishing Group, and in 2008, his works had already had a great success, all over the world.
From then, he was now among the artists Labeled ACTIVA records, producing famous hits such as
«Whacko», «Tragedy», «Moonlight Blue», «Superstyle» «Rock n’ Rave» and the unforgettable «FAIRYLAND» , danced on the Club floors all around the world,
and also his co-productions like «Fear and Dark» and «Fuoco e Fiamme». (with Activator)
His dj career picked his way and he is now travelling and playing in many foreign countries all over the world.
He played in some of the biggest clubs in Europe, Asia, Australia and USA, furthermore he took part at the line-up’s of various massive events like:
Hysteria (NL), Ground Zero (NL), Adrenaline (BE), Sanctuary Festival/Bionic (UK), X-Qlusive Italy (NL), Masif (Sydney,AU), Ultramusic Festival (Moscow, RU),
Heroes of Hardstyle (AT) and many more.
In the beginning of 2012, he released his first album, «UNMISTAKABLE», which contains 19 new tracks including «Rock’n’Rave»,
which kept the first place in the Top100 for more than a month.
In 2013 Francesco released “SHUT UP”, which was immediately supported by the biggest DJs of the genre like The Prophet, Adaro and many more.

In September 2016, he create his own Label called LOVERLOUD Records, focused on Reverse Bass!
right now it is the reference label for this style, and tracks are released by artists from all over the world.
Francesco Zeta’s tracks are a mix of innovation and old school;
In 2018 his tracks were supported by the biggest DJ’s in the world, also outside of the specific hardstyle scene,
for example his track «This is classic» (Francesco Zeta & Lacer) was constantly supported by Timmy Trumpet in almost all his DJ sets of the season.

He aims to be reckoned for his unmistakable style and to spread his own music all around the world!
He is currently playing his Reverse Bass in many countries, such as United Kingdom, Austria, Holland,
Australia (Sydney, Melbourne, Canberra, Brisbane), Japan (Tokyo, Osaka), Denmark, Poland, Los Angeles and many more………

Nowadays, he is really satisfied with his job, but he is still working hard everyday to improve himself . 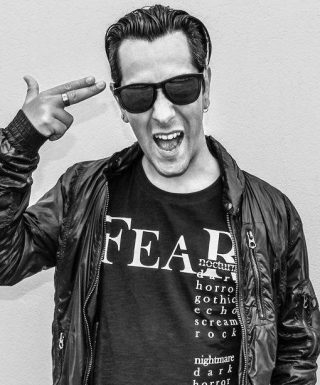